What had I gotten myself into?  I had crowdsourced for feedback using our new technology.  It should have been a pretty cool process.  Crowdsourcing is a thing of our times.  I should have been in for some amazing results.

The responses started coming in.  It was mostly what I already knew about myself, not earth shattering.  And then wallop, the one I wasn’t expecting.

This is an open account of what it’s like to crowdsource for feedback.  How it affected me and what happened as a result.

Most of the feedback was pretty standard sort of stuff.  What I already knew.  What I really wanted was a valuable nugget.  I wanted to find out something that I wasn’t aware of.  Something that if I changed, could really help me.  I wanted something that would make me more successful.  But instead I got a problem. The ‘Hand of Faith’ gold nugget

I had put in place a new business process which was meant to be a massive improvement over our previous one.  After a few months of this process, it looked that way to me.  But the feedback was complaining about this new process.

As an advocate for feedback I couldn’t ignore it.  That would be hypocritical, saying one thing and doing another.  It’s bad practice when receiving feedback to argue against it.  So how could I now turn around and tell this person they were wrong?  How could they not see how great this new process was?

The night after I received the feedback I lost sleep.  Two or three hours.  Trying to work out how to handle the dilemma of wanting to be a model feedback recipient, but disagreeing with the feedback.

The next day I spoke with the person who gave me the feedback.  We didn’t see eye to eye on the key point.  Not the sort of thing you want to promote.

Fast forward a few months, what had I done about it?  Well, I can’t believe looking back that I actually lost sleep over it.  Once I got over the initial OMG response, I could see the feedback for what it was.  Rather than making a wholesale change to the new business process, I found myself accommodating the other person’s needs.  It just happened without me thinking too much about it.

And what is the result of doing that?  The result has been unbelievably positive.  There are better outcomes for me and everyone by adjusting to this feedback.  I am better off for it, not just a little bit, but a lot.  This did actually turn out to be one of the nuggets I was looking for.  I just couldn’t see it at the time because of my crazy emo response to the feedback.  Embarrassing to say, but it’s an open account nonetheless. 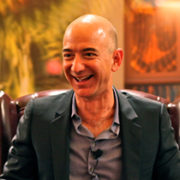 The science of feedback: What is the right frequency for workplace feedback?

An International Approach to 360-Degree Feedback 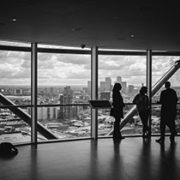