You don’t need to have an MBA to be familiar with the concept of “competitive advantage.” From just-in-time inventorying to disruptive innovation, we’re always looking for the newest technique to get a leg up on the competition.

But newer doesn’t always mean better, especially when leaders fail to take the time to learn about what they’re implementing. When the process overshadows the results, people lose sight of what they set out to accomplish. Lately, it seems that’s what’s happening to many organisations signing on to agile performance management (APM).

Allow me to caveat here. I am an advocate of APM. Emphasis on frequent feedback, the growth process, and collaborative leadership are all moves in the right direction. In all of these areas, APM is clearly preferable to traditional performance management (TPM).

The issue is not what APM seeks to do. It’s what it fails to do. In their recent adoption of APM, many organisations have tended to completely overlook goal-setting, both short- and long-term. To my mind, there’s no reason to make that trade-off, because agility and goal-setting are by no means incompatible.

Throughout my own career in people management, I’ve experienced a lack of goals first hand and how it can impact the bottom line. But don’t just take my word for it. There’s new evidence that APM fails to recognize the importance of goals – and the effects are majorly damaging.

A survey of 9,500 employees and 300 HR leaders by the tech company CEB shows that failure to set clear performance targets is detrimental to both managers and employees. The shift hits top-performers the hardest – CEB’s survey showed their productivity fell 28 percent after adopting APM.

Five decades ago, the godfathers of goal-setting theory, psychologists Gary Latham and Edwin Locke, found that clear goals elevated performance and productivity by 11 to 25 percent. We’re forgetting what we’ve long known: goals are a key motivator.

Like any process introduced to an organisation, Agile Performance Management needs to be implemented properly to be successful. As part of the implementation process, the use of goals should be a key consideration. To explore this concept, I’d like to share three lessons I’ve learned as a CEO about goals and performance management.

Frequent feedback is a good thing, but too much can yield diminishing returns. Organisations switching to APM risk engaging in overly-frequent feedback which then begins to obscure clear goals.

Let’s travel to Surrey county, just south of London, to look at an example of how agile can go awry. It was here that the Surrey Police Department embarked on an ambitious new project, SIREN (Surrey Integrated Reporting Enterprise Network), while management tried to implement agile principles.

SIREN was supposed to be an improved digital database to track crimes, store intelligence, and identify relevant patterns. Between 2009 and 2013, the Surrey Police Department poured nearly £15 million (A$24 million) into developing SIREN. Then, much to the chagrin of Surrey’s taxpayers, the project was scrapped.

A post-mortem determined that agile pitfalls played a large role in the debacle. The most critical failure was identified as management not clearly defining the scope of the project. Teams were constantly given feedback that amounted to changing and conflicting information. With 140 people involved, there was certainly a need for strong guidance. In retrospect, we can clearly see how incorrectly adapting APM can be problematic: overemphasizing the process causes an organisation to lose sight of the desired end result.

Lesson 2: Goals are critical to autonomy

I’ve long been a supporter of autonomy. It’s been proven to boost both employee productivity and job satisfaction. According to a study from the Harvard Business Review, “workers whose companies allow them to help decide when, where, and how they work were more likely to be satisfied with their jobs, performed better, and viewed their company as more innovative than competitors that didn’t.”

Giving reliable high-performers more freedom consistently improves their work. Of course, autonomy is impossible without clear and strategically oriented goal setting. A management team that doesn’t set clear targets for autonomous teams or individuals will constantly be forced to reassess and realign. This in turn creates frequent interaction – i.e., micro-management – which makes autonomy impossible. When agile is done wrong, it can actually be pretty rigid.

That’s why I believe that the flexible goals advocated by APM work best when integrated with a long term vision. Google, for example, uses the so-called OKR system. In it, “Objectives” are ambitious and big picture, while “Key Results” are smaller quantifiable steps that will help achieve these goals. Real life is messy, and it’s true, no plan survives once the bullets start flying. That’s why we need to be able to adjust processes on the fly without losing sight of the long view.

Lesson 3: One size does not fit all

Now that we’ve looked at where goals work best (i.e., result-oriented management) I think we should turn to where competencies, behaviors, and values fit in the process. For some roles, goals can do more harm than good (check out my article on balanced goals for more on that). Nonetheless, we need to keep people on track and measure their performance. That’s where a few tricky intangibles come into play.

In terms of performance management, this means looking beyond top-down, quantifiable feedback. Whether using APM or TPM, developing employees’ competencies – and how well they align with organisational values and principles – is of paramount importance. Let me briefly explain some of the techniques I believe to be most effective:

Agile performance management is going to become the new standard. The power of flexibility is real. The problems we see are largely due to the fact that organisations that ditch TPM tend to throw the baby out with the bathwater. Visionary goals – clearly-defined and concrete – are a hallmark of any successful management system. They don’t need to be sacrificed in order to adopt APM. The processes may change, but leaders should never take their eyes off the prize. Let us help. 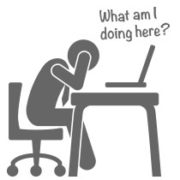 Three Ways to Promote Happiness (and Success) at Work 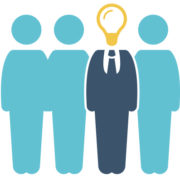 Sample goals and objectives to launch you to success

Use performance management to give your employees purpose, and watch what happens next

An Exceptional Person Has Arrived On My Team. What Do I Do Next?
Scroll to top