With the year drawing to a close and the festive season almost upon us, I thought now would be a good time to take stock of everything we’ve learned in 2015.

The annual reviews and performance metrics of traditional Performance Management (PM) have been slowly giving way to an agile (APM) approach. This trend became increasingly obvious in 2015, with the publication of numerous papers and case studies all highlighting the benefits APM offers. Add to that the fact that major companies like Adobe went on record crediting this new approach (they went agile in 2012) with the rocketing share price they’ve experienced since adopting it, and it’s little wonder that APM is picking up pace.

The increasing popularity of the agile approach doesn’t surprise me. Agile Performance Management strategies are an integral part of Cognology’s solutions, and regular readers will know I’ve long been an advocate of real-time reviews and 360-degree feedback. I’m not the only one to note the accelerated change in PM this year and, while companies like Accenture announce plans to adopt it, others warn of the potential pitfalls of an accelerated change.

Tom Hakk, the founder of The HR Trend Institute, believes organisations are failing to recognise the difference between performance ratings and management. He worries that companies are so keen to jettison the traditional annual reviews and performance metrics, that they are abandoning PM altogether. I’m not sure I agree with his observation (the number of HR managers citing PM as ‘important’ or ‘very important’ rose to 75% in 2015), but I do recognise his concern. If we fail to implement this new approach properly, it could cost us more than it’s worth.

With poor onboarding contributing to the failure of 50% of new hires, doing it properly has the potential to save organisations thousands (and some, much more). I covered the science behind onboarding earlier this year and discovered that 35% of companies spend nothing (as in $0) on onboarding. Of the rest, 40% think their programmes are ‘less than moderately effective’.

In October, Google gave us a lesson on how to tackle this sticking point. Their analytics team experimented with multiple approaches before hitting on the Just-in-time option. Characterised by an email to a manager the night before a new hire starts, onboarding is left entirely up to managers providing they perform five key tasks:

It might not sound particularly innovative, but Google’s data suggests this approach reduced new hire time to productivity by 25%.

Imagine how technology can improve this by starting the onboarding process from contract stage through to Day 1 and the first six months. Incredible.

I’ve delved into L&D topics many times this year. By far the most important takeaway was the benefit of aligning learning with strategy, and its ability to increase ROI, enhance engagement and speed organisational progression.

Like PM, L&D has been driven by technological advancement, with gamification and social learning taking centre stage in 2015. Offering benefits across the board, a recent study by PWC suggests the technological innovations in this field will become increasingly important as more Millennials enter the workforce. Statistics published this year indicated that L&D is more important to this group than any other, with 52% stating that fast career progression is more attractive than salary.

Arguably one of the most notable takeaways of 2015 was the discovery that work engagement and employee engagement are two separate entities, often operating independently of each other. This, coupled with the finding that individuals engage differently, goes some way towards explaining why employee engagement initiatives traditionally produce poor results.

Newly published data suggests that engagement is an increasingly important issue. The average employee is 6% less satisfied with their role in 2015 compared to 2014; experiencing a reduction in enablement, autonomy and a sense of accomplishment.

You probably don’t need me to tell you that freelancing is the new workforce megatrend. Driven by economic pressures and an increasing focus on lifestyle over work, this trend is particularly popular with Millennials, 38% of whom work freelance.

This isn’t a number that is likely to decrease anytime soon. PJMorgan’s Chauncy Lennon is studying the rise in freelancing and flexible work initiatives. His findings suggest that this new megatrend will change the business landscape. In the future, we can expect to see operations organised around workers, instead of workers organised around companies.

As research continues to offer us greater insight, and technology gives us new metrics and opportunities, it seems likely that the changes we’ve seen this year in PM and L&D will be mirrored in other areas, including employee engagement and onboarding, which are currently poorly managed in a number of industries.

It’s been a year of learning and discovery, improvements and advancements in the HR field. At Cognology, we’re excited about what the year will bring. If there are topics you’d be interested in hearing from me on next year, drop me a line. In the meantime, have a wonderful Christmas and festive season.

See how an Onboarding System can help you reduce employee turnover.

Up to 20% of staff turnover happens within the first 45 days of employment. Source: Urbanbound

Cognology How our clients do Onboarding 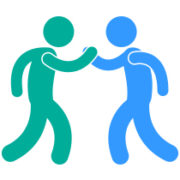 The Manager’s Guide: Onboarding for the Transport and Logistics Sector 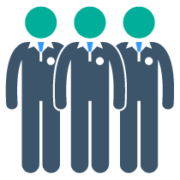 How to build a future-ready workforce