I believe social and HR technology is helping to bring about a new world of work.  But is HR itself getting in the way of this happening?

Sometimes it doesn’t take that long for big change to occur.  When personal computers started to arrive in corporate life during the late 80s and early 90s secretaries and typists were commonplace.  It wasn’t uncommon for a manager to draft a communication, send it to a secretary, who would then type it up and send it back for review before sending.  Amongst other benefits, inexpensive and usable personal computers provided a great opportunity for organisations to save time and money by getting managers to type their own communications.  PCs were implemented at a rapid pace along with organisational edicts for managers to do their own typing. Despite the obvious advantage of using computers to draft, edit and produce communications, many managers were highly resistant to the change.  Computers were things they didn’t understand.  What you don’t understand, you fear.  But by the end of the 90s you would be hard pressed to find secretaries typing communications anywhere.  Today it only survives in limited areas like law firms who seem to love dictation as a form of creating a communication.

I believe the vast majority of managers who were resistant to the change that occurred in the late 80s and early 90s would not want to go back to the way things were.  They wouldn’t want to wait for a secretary to type something.  Nor would they want to be without the easy way to get their ideas into a document, then edit and perfect them before communicating.

Social technology is changing the world today.  And talent management technology is becoming increasingly more important in organisations.  Now we are starting to see the two combined.  It makes great sense, we are social beings.  We operate in a social way, even at work.  We aren’t automatons.

The change is happening though and won’t be stopped.  Not for any other reason that the new world of work is just too compelling.

Just like the managers of the late 80s and early 90s, I don’t believe HR will want to go back to the old world in ten years time.  People talk about removing organisational silos meaning departments and teams that don’t communicate.  I think we have something more problematic.  We have individual personal silos.  The new world doesn’t have those silos.  People, their work, needs and achievements are more visible to others.  Once you’ve reached this new world, would you want to go back?  I don’t think HR will want to go back.

To be human is to be social. 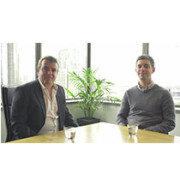 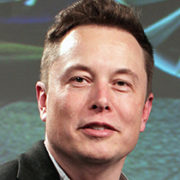 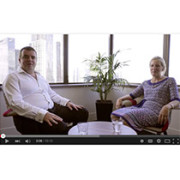 Today we rescue the working world from tyranny

Talent Management in Not For Profit Organisations
Scroll to top