Ever since it was discovered that ‘a happy worker is a productive worker’, organisations have been scrambling to engineer happiness among their workforces. But I wonder: have they gone too far? Is it even possible to have too much engagement?

What’s the cause of our modern-day obsession with ensuring our employees feel overjoyed all the time?

Why is employee engagement such a big issue?

Firstly, organisations face problems that directly impact the bottom line, including productivity and greater efficiency. I looked at these challenges in an earlier post, such as low employee retention rates, an inadequate talent pool, and an expensive hiring process, in the context of how a good onboarding can help.

In this highly competitive economy, organisations are rushing to outperform their opponents in any way possible. In that feverish millieu, ‘Employee Engagement’ is now lit up so brightly in the minds of upper management that, in my view, some are losing their way.

Employee engagement is important, but not that important

Employee engagement is now considered a key performance metric. It’s considered highly important – Deloitte’s report even suggested that 87% of HR professionals and business leaders consider ‘culture and engagement’ to be a challenge more important than leadership itself!

That might sound admirable, but here’s the problem: when management starts prioritising happiness over making decisions that might be temporarily painful, but best for the business in the long run, strategic drift can take the company way off course.

Engagement isn’t really a thing in itself: it’s a complex psychological state that emerges as the result of many other inputs – like satisfying achievements on the job, decent pay, a decent working environment and a company culture that matches peoples’ own values.

Trying to force engagement is like a parent demanding loyalty from their child; not because they deserve it, just because “I’m your parent!” Clearly, this tactic is unlikely to succeed in either scenario. The outcome is usually the polar opposite of what you’re looking for.

The only remedy at this point is just to stop. A good way to start stopping might begin with giving the analytics a rest.

While engagement used to be measured annually, we now have frequent pulse surveys tracking emotional data points as they evolve. It’s tiring enough just thinking about them; in practice, they’re overbearing and counterproductive.

Employees working for engagement-obsessed companies feel doubly burdened. Not only are they required to complete their tasks, now they have to give up some of their individuality and mental space, too, in the form of organised ‘fun’, rewards systems, and other management ‘initiatives’.

Invariably, they feel forced and fake – and faking it is exactly what the employees are doing when it comes to their apparently smiling faces!

Yes, employees might be happier, but are they more loyal? Aon’s recent Trends in Global Employee Engagement report revealed that while there has been a rise in the number of engaged employees overall, the proportion of workers intending to remain with their current employers has not changed.

The current obsession with employee engagement is reactionary

It could be that this enthusiasm for improving engagement survey scores is related to the demand for rapidly-increasing workplace transparency. An organisation’s culture can now be a competitive advantage – or a thorn in its side. Topics like employee engagement and company culture are now out in the open, no longer confined to the HR office.

But of course, the HR manager is still tasked with solving the problem by COB yesterday! No wonder they’re losing sleep; low engagement runs deep and can indicate entrenched systemic dysfunction within the company. It’s not impossible to fix, but panicking will only make things worse.

Too much engagement can be a really bad thing

Do you know what kind of organisation has 100% engagement? A cult. And, while that might be the secret aspiration of some CEOs, it’s definitely not good for the business, especially when it comes to onboarding new hires.

Employees just starting out need to be able to connect with their workmates on an emotional level. If everyone around you is a Kool-Aid connoisseur, it can be extremely isolating when you haven’t yet summoned the courage to take a sip yourself.

That’s why it’s actually better when there are just a few highly-engaged employees around – enough to sustain the company culture, but not so many that an impenetrable clique emerges. It doesn’t always hurt for some of your employees to think of their job as simply the means to earn money to pay their bills. That’s reality for some folks, and the truth is healthy.

Nurture everything else before ‘engagement’

It bears reiterating that ‘engagement’ is side-effect that happens when employees are having their basic needs met.

Employees become engaged with the company because they enjoy working there; because they’re able to be productive and feel good about that; and because their co-workers are cool individuals who they can relate to on a human level; because they get decent pay for decent work, and so on.

From an HR perspective, an awesome onboarding program can do wonders to facilitate the relationships that will form the basis from which a highly engaged workforce emerges in future.

In a week or two’s time, I’ll be looking at the ways that employee engagement is being measured, whether it’s working, and discuss how we can improve our metrics to provide a real benefit.

How are you ‘doing’ engagement – what are your priorities? What’s worked for you and what hasn’t? I’d love to hear about your experiences. 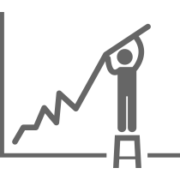 Innovations and trends in performance management

5 Facts Every Manager Should Know About Employee Engagement

Four Ways To Allow Brilliance To Shine In Your Business 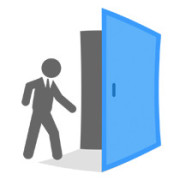 How to Make Sure Freelancers Feel at Home in Your Business